The Leland Stanford Junior Museum was designed by architects Percy and Hamilton and built by Jane Stanford in memory of her son. The museum was modeled after the National Museum in Athens, Greece. It opened in 1894 and with expansions in both 1898 and 1905, it soon became the largest privately-owned museum buildings in the world. 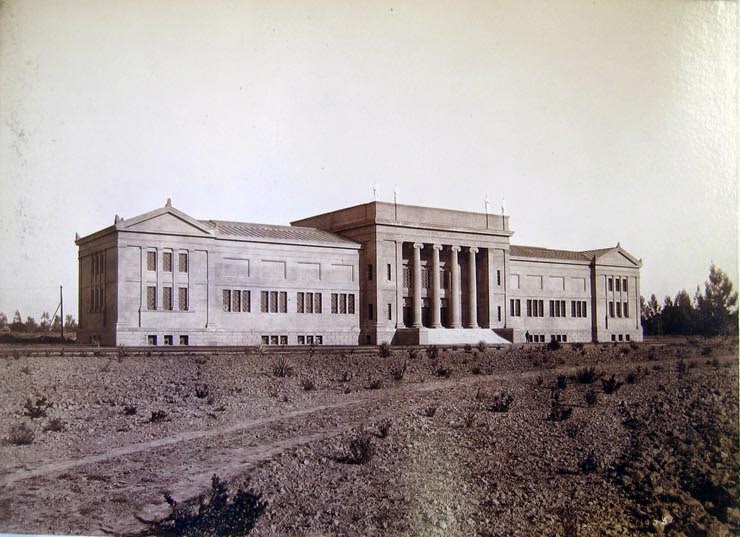 Salviati decorated the exterior of the original building with mosaic panels between 1903 and 1905, at the time the firm made the mosaics for the Memorial Church. Both were to Paoletti's designs. The subject of the museum's thirteen panels are learning, the arts - like architecture and painting, and ancient civilizations - including Egypt and Rome. There are four, rectangular panels on the facade flanking the main entrance, two large gables at the ends, and three, smaller panels above the entry doors themselves. The museum's north rotunda also had niches decorated with Salviati mosaics.

The San Francisco earthquake of 1906 that also severely damaged the Stanford Memorial Church, destroyed two-thirds of the museum building and collections. Luckily for the mosaics, the original structure sustained the least amount of damage. 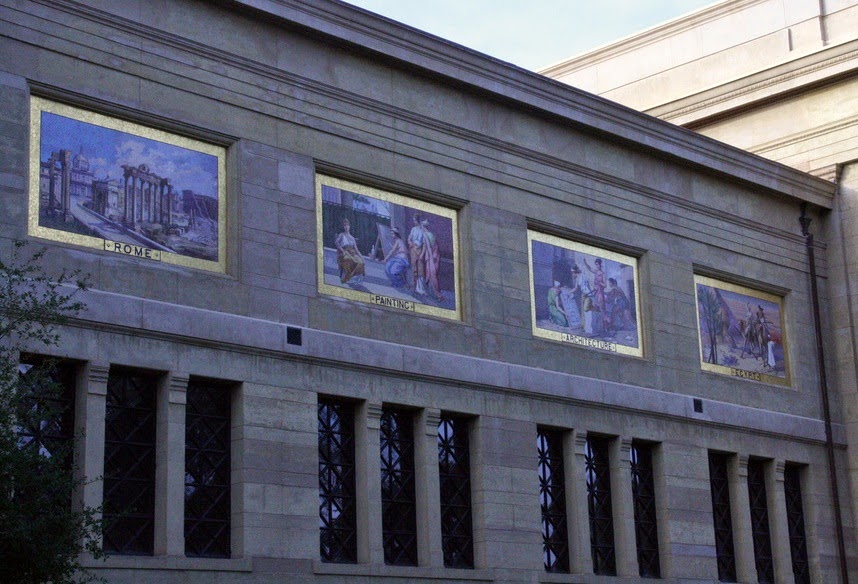 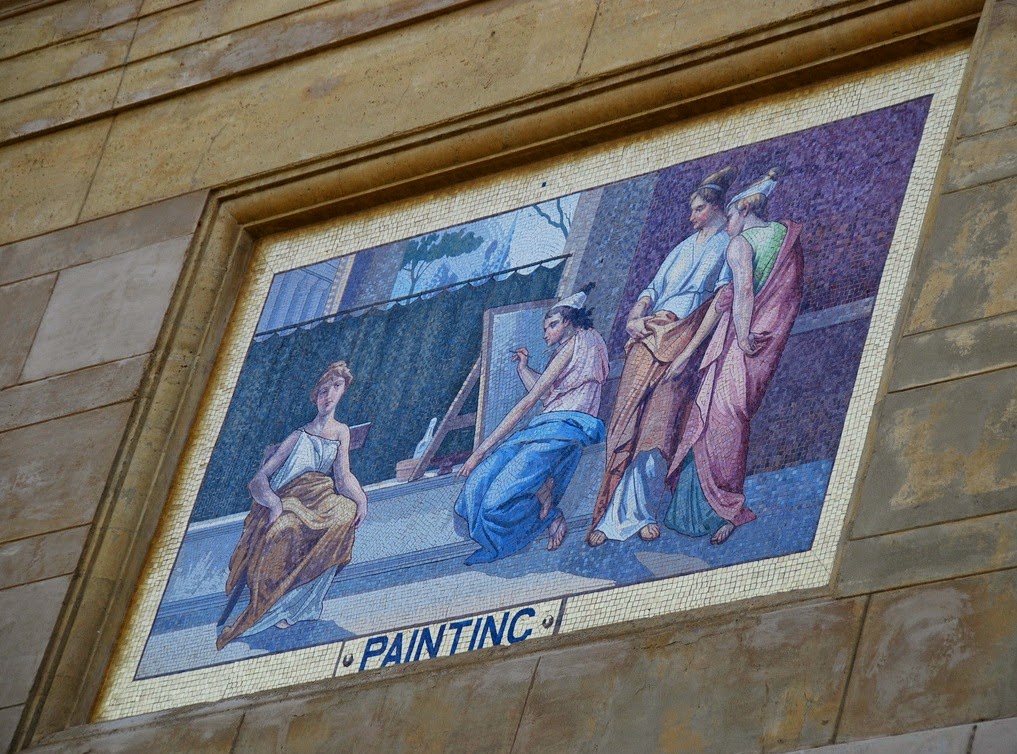 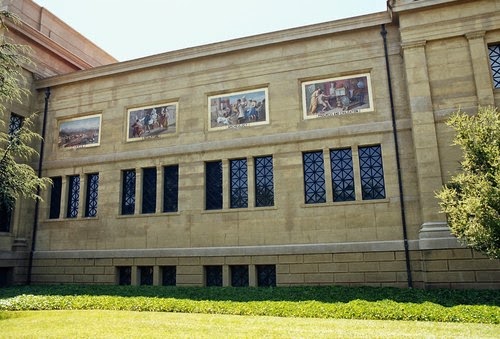 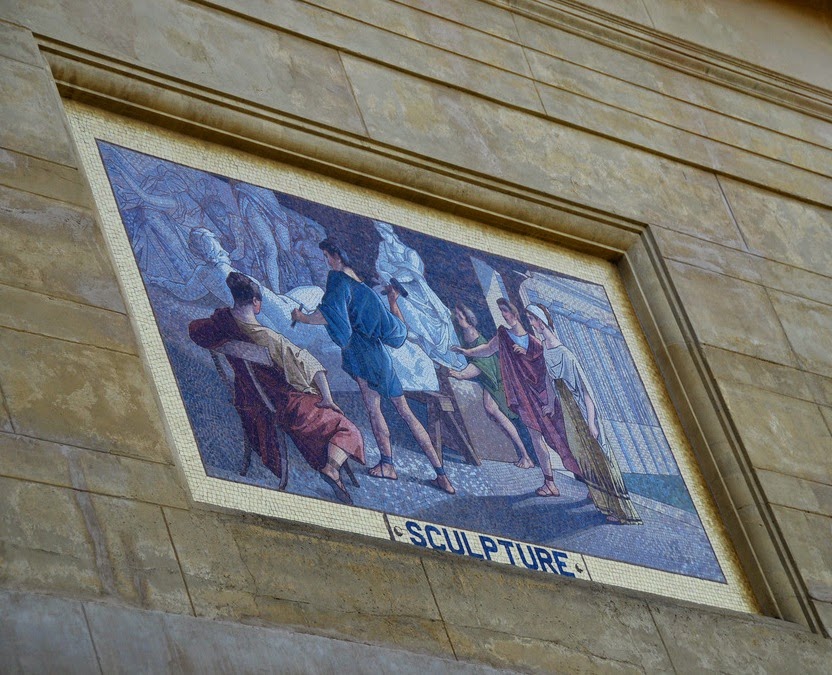 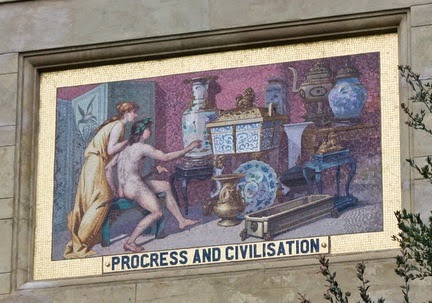 Budget cuts led to neglect and the museum fell into further disrepair, fully closing in 1945. Reopening in 1954, the galleries were gradually refurbished through fundraising and volunteers. Another earthquake in 1989 damaged the museum again, but it was subsequently rebuilt and opened as the Iris & B. Gerald Cantor Center for the Visual Arts in 1999. 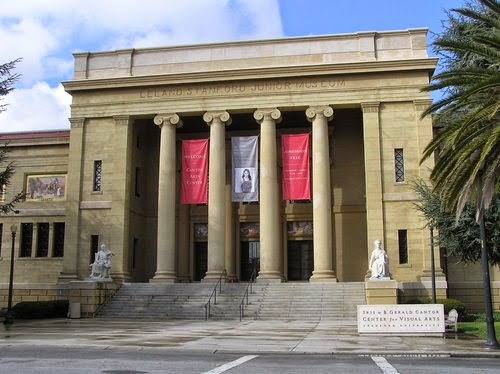 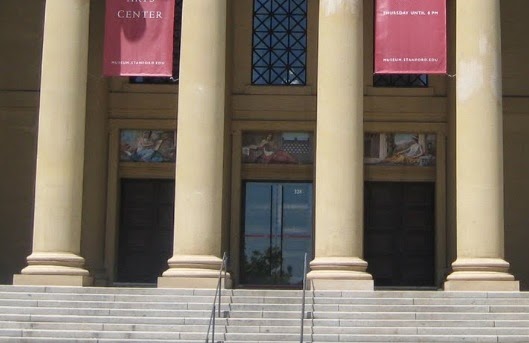 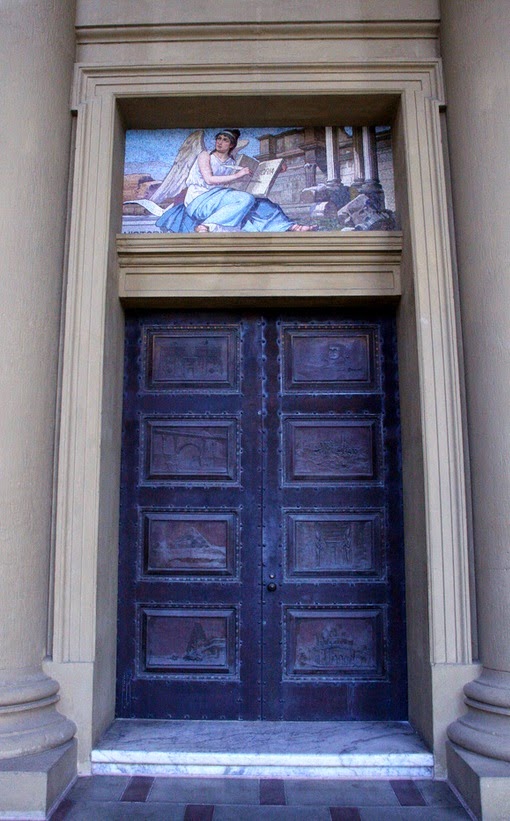