The house at 54 Ayres Street (formerly Whitecross Street) in the Southwark neighborhood of London is from the 1950s. It stands next to a garden and six cottages that were built in 1887 for the poor under the direction of social reformer Octavia Hill.

Two mosaic roundels originally decorated the garden wall. One was "The Sower" donated by Julia Minet in 1896 and made by Powell and Sons. It was on a wall in the north-west corner overlooking the Red Cross Garden, but it's since been relocated to the rear of the current Octavia House building. 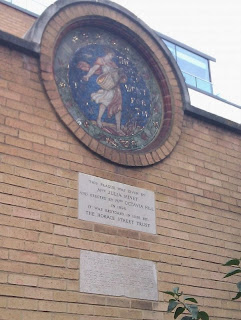 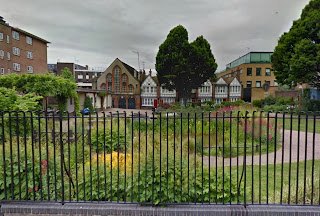 The second mosaic roundel was "The Good Shepherd" presented by a Mrs. Lynch and Miss Gregg. It was made by Salviati; however, it is now thought to be lost.

This Catholic church was built 1854-56 by James Murray and it underwent renovations in 1868-72 by Bodley and Garner including a chancel expansion and the addition of a tower and spire. 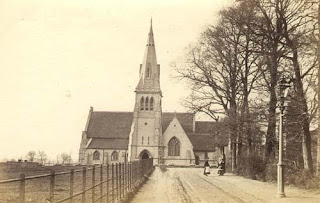 Archival picture labeled as being from 1860, but already showing the tower of 1872. 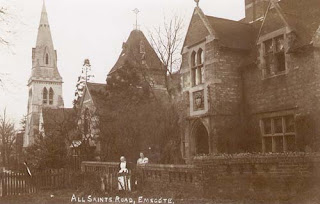 Archival picture from the 1920s 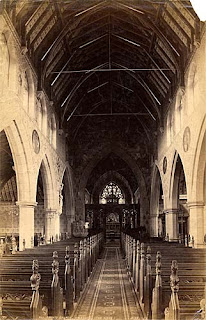 The Salviati mosaic reredos featured "Our Savior and Saints" designed by Emile von Eyck of Warwick. It was already installed by 1882. 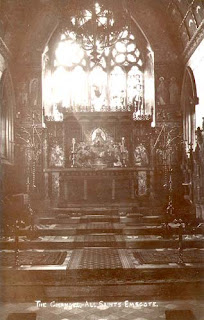 Archival picture from the 1920s

The church was damaged in the air raids of November 1940 and it was demolished in 1967. It was subsequently rebuilt in a modern style. While All Saints' pews were moved to Holy Trinity Church in Charwelton, Northamtonshire, the fate of the reredos is unknown. 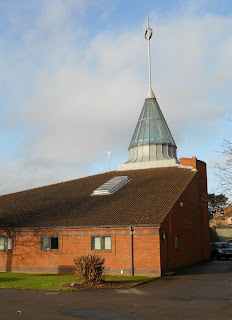 Wealthy, young barrister Henry Francis Makins, Esq. moved into a conventional terraced house at 19 Prince of Wales Terrace in London in 1867 or 1868. Makins was said to have 'artistic inclinations' and perhaps that is why by 1869 he had Salviati manufacture two full-length mosaic figures of King Arthur and Queen Genievre for his dining room. 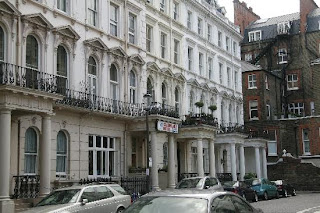 Scenes from the Camelot mythology were a favorite of Pre-Raphaelite artists. 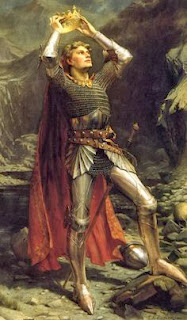 Arthur by Charles Ernest Butler, 1903
(illustration only - not the mosaic) 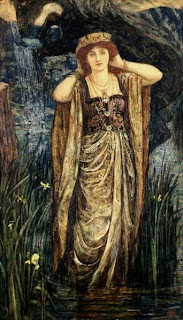 Genievre by Henry Justice Ford, 1910
(illustration only - not the mosaic)

Unfortunately, no documentation other than a Salviati inventory list and a speech given by Sir Austen Henry Layard has been found regarding the mosaics, and numbers 18-19 Prince of Wales Terrace is now the Clearlake Hotel.

Makins bought the site for 8 Palace Gate in 1873 and subsequently comissioned architect J.J. Stevenson to design a "red-brick" (actually in yellow) Queen Anne for him. Makins moved into the new house in 1875 and lived there for eleven years. One of his neighbors was Pre-Raphaelite painter John Everett Millais, whose works Makins collected. Number 8 Palace Gate is now divided into flats.

Makins had another home specifically built for him at 180 Queen's Gate, Hyde Park in London after designs by architect Richard Norman Shaw. The house was built 1883-85 and Makins moved in around 1886. Incidentally, Shaw also designed 170 Queen's Gate for cement manufacturer Frederick Anthony White, as well as 196 Queen's Gate for Makins' friend, stockbroker J.P. Heseltine. 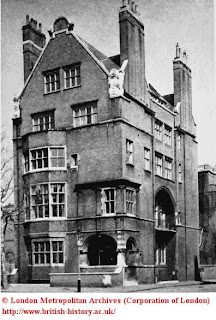 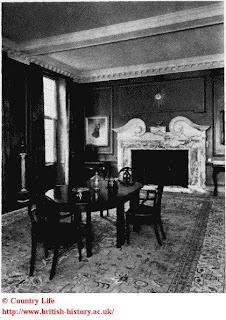 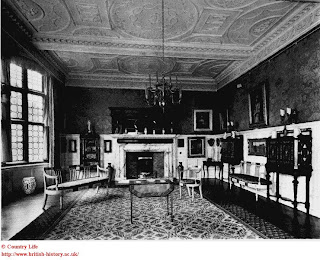 This Makins residence was located across from the intersection of Queen's Gate and Queen's Gate Terrace; however, due to the expansion of the Imperial College of London, the building was demolished in 1971.

While their current status is unknown, it is possible that the mosaic panels are still in the Makins' private collection.