The Fővárosi Serfőzde Rt. (Capitol City Brewery) was established in Budapest's District X in 1913 and began production the following year. It was bought in 1943 by Dreher brewery and later by the Globus Canning Factory (Globus Konzervgyár Rt.). Production stopped in 2009. 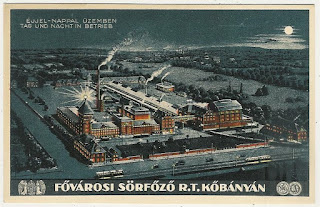 Postcard depicting the brewery circa 1920 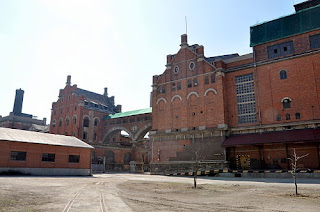 Salviati, Jesurum, and Co. reportedly made the two mosaics, which decorate separate parts of the enormous, red brick factory complex. The medallions look identical and depict King Mathias Corvinus (Mátyás király) on a golden background shown in a side portrait. The brewery's initials of "F" and "S" flank the face on each side, with the words "VED-JEGY" (trademark or brand) and "MATYAS KIRALY" around it on a ring of blue. 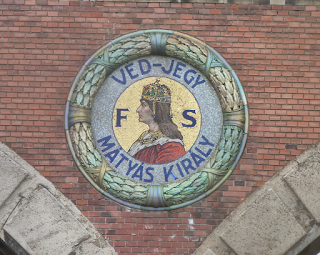 The building framing a large chimney and facing Maglodi Street contains the (currently) more degraded mosaic. The laurel wreath around the mosaic center - appearing to be copper, but likely made of maiolica with an eosin glaze - is attributed to the Zsolnay Porcelain Manufacture of Pécs and measures four meters in diameter. 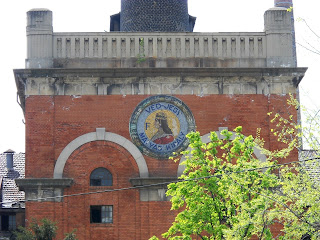 The second medallion is located on the spandrel of a covered walkway that connects two buildings. This also faces Maglodi Street, but is a much smaller mosaic (detail above). 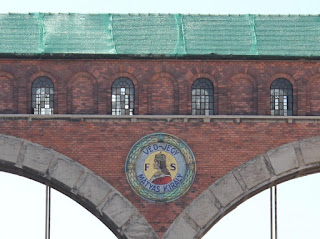