Built 1880-82 after plans by Alfred Waterhouse, the new Gothic style town hall in Hove was opened in mid-December 1882. It was a two story, red brick building with additional dormers under the steeply pitched roof. 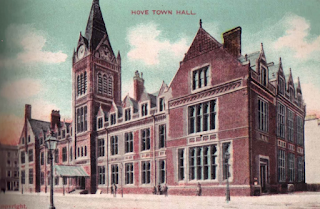 The exterior focal point of the building was the 120 ft tall by 19 ft wide clock tower located in the center of the main front facing Church Road. Salviati and Burke made the mosaics for the tower's four clock faces, which measured seven feet in diameter each. 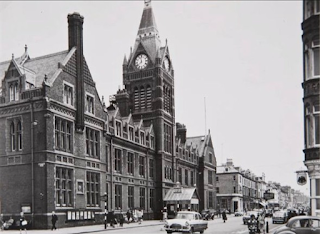 A fire destroyed much of the building in 1966, and it was subsequently replaced with a more modern town hall. 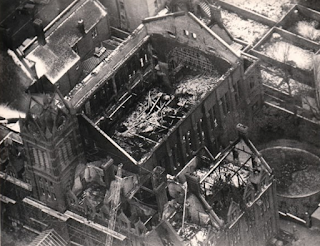