The Venetian glass making industry had experienced its fair share of ups and downs over the centuries. After a very successful period in the 1700s, the trade was once again in dramatic decline. That is, until Antonio Salviati, a lawyer from Vicenza, began to take interest in the crumbling mosaics of St. Mark's Basilica. Exploring what he could do to help save these Byzantine treasures, Salviati joined with master Muranese glass maker Lorenzo Radi, who had developed a revolutionary new process of manufacturing and applying enamel glass mosaics. The two opened their first workshop in 1859 and the name Salviati quickly became synonymous on an international-scale with Venetian artistic glass and decorative mosaics. 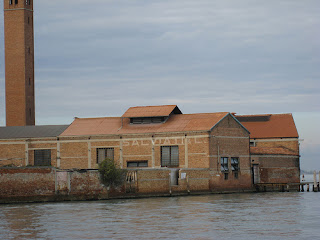 The Salviati factory can still be found on Murano's eastern side on the Fondamenta Lorenzo Radi (picture from Foter.com)

This website aims to catalog architectural mosaics that were  made between 1859 and the turn of the 20th century by various companies associated with Salviati. Information about most of the churches in the United Kingdom which contain reredos, chancels and memorials made of enamel glass are the result of the research that was done for my 2012 graduate thesis entitled "The Anglo-Catholic Revival's Contribution to the Resurgence of the Venetian Enamel Mosaic Industry". However, in order to create the most comprehensive list as possible, the location and function of Salviati mosaics has been expanded. 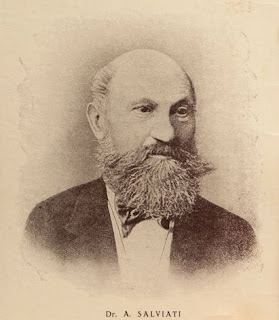 Locations of Workshops and/or Showrooms associated with Salviati (incomplete list) 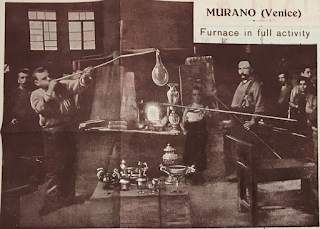 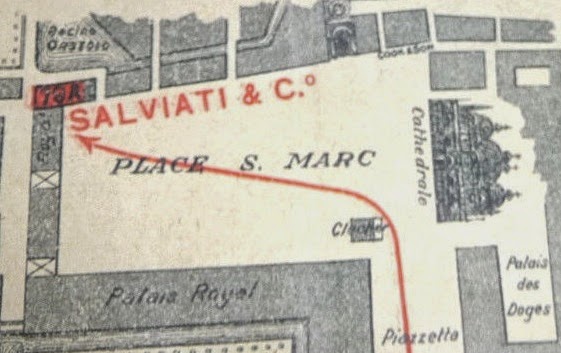 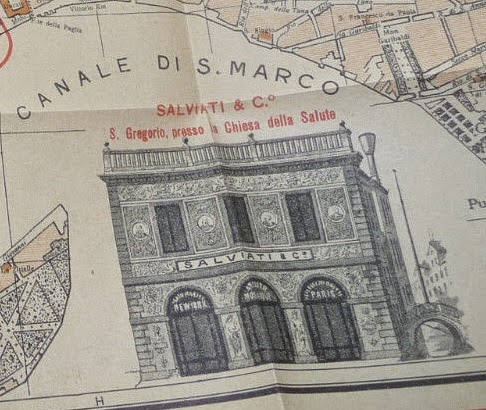 London (all of these are within a 1 square kilometer area in the City of Westminster)
Paris
Berlin
*A co-operative venture representing the Murano companies of Salviati & C., Jesurum & C., Venice Art Co, and Pagliarin & Franco.