This Gothic style church by Thomas Cundy was consecrated in 1847. The architect's son Thomas Cundy II finished the spire in 1864. E.B. Ferrey also added a new chancel in 1878. 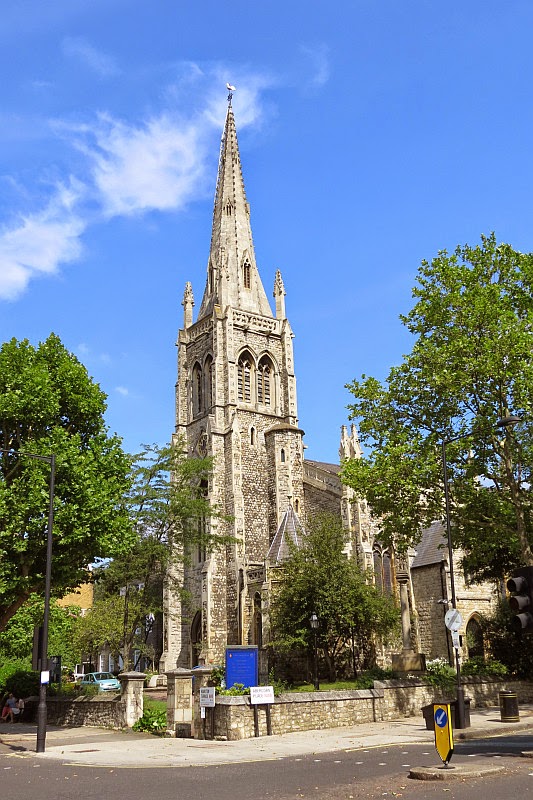 The Venice and Murano Mosaic Company made the six mosaic panels for the pulpit around 1879. They depict the Four Evangelists flanking Sts. Peter and Paul. 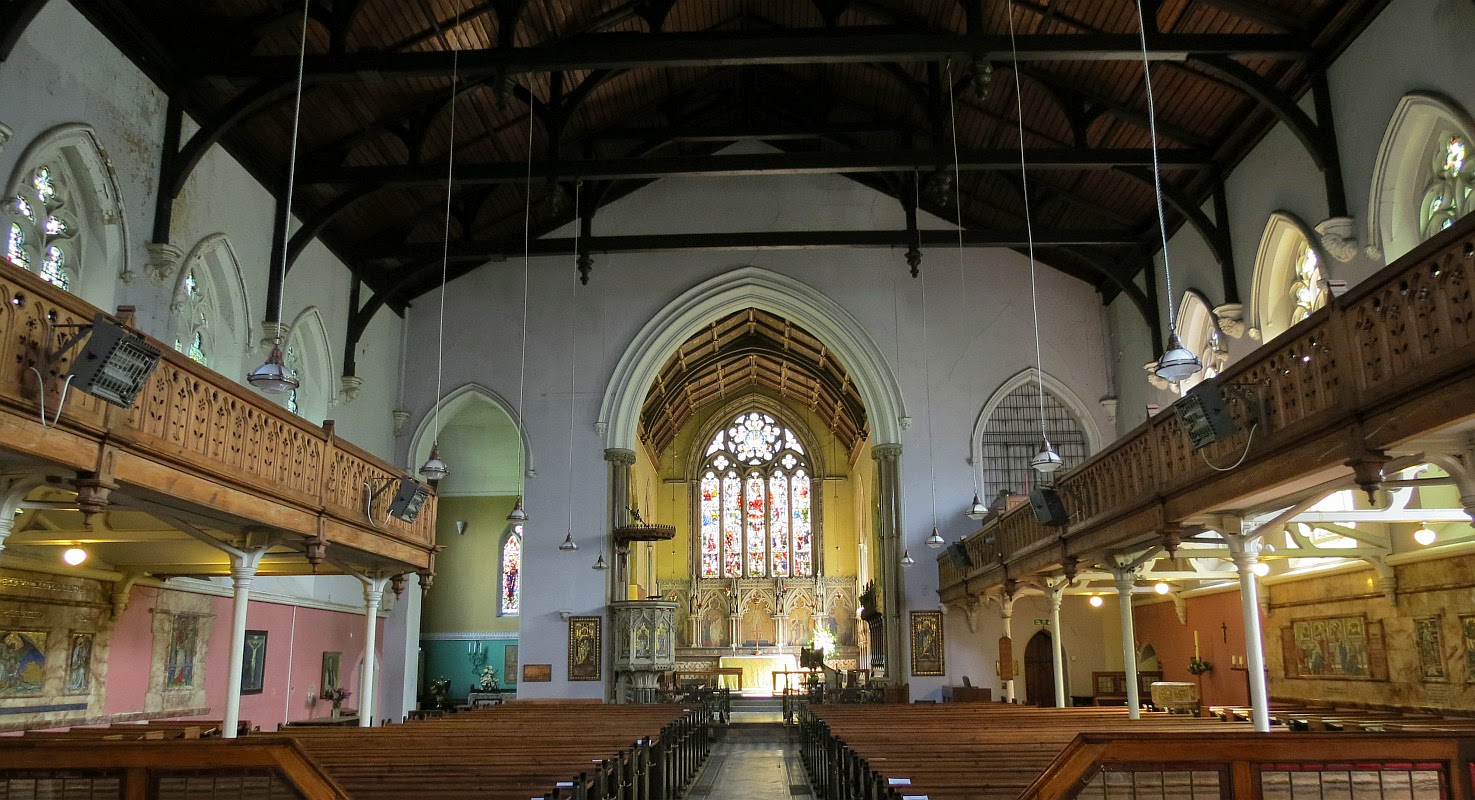 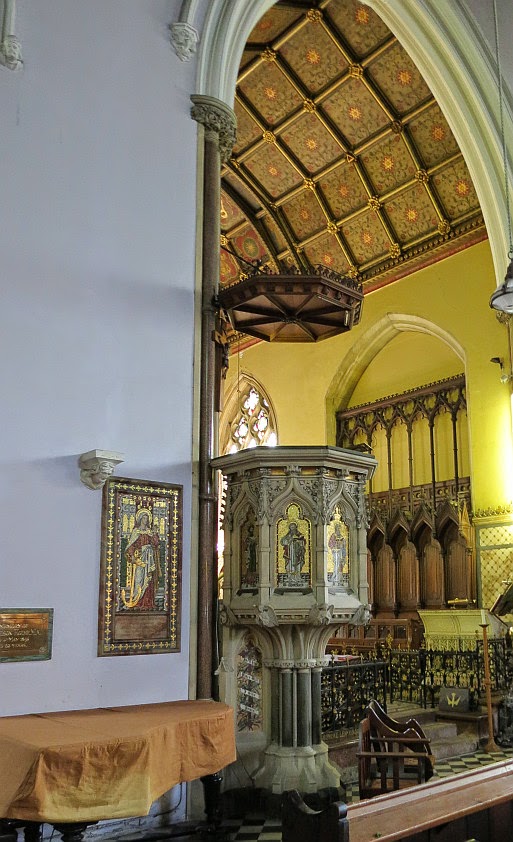 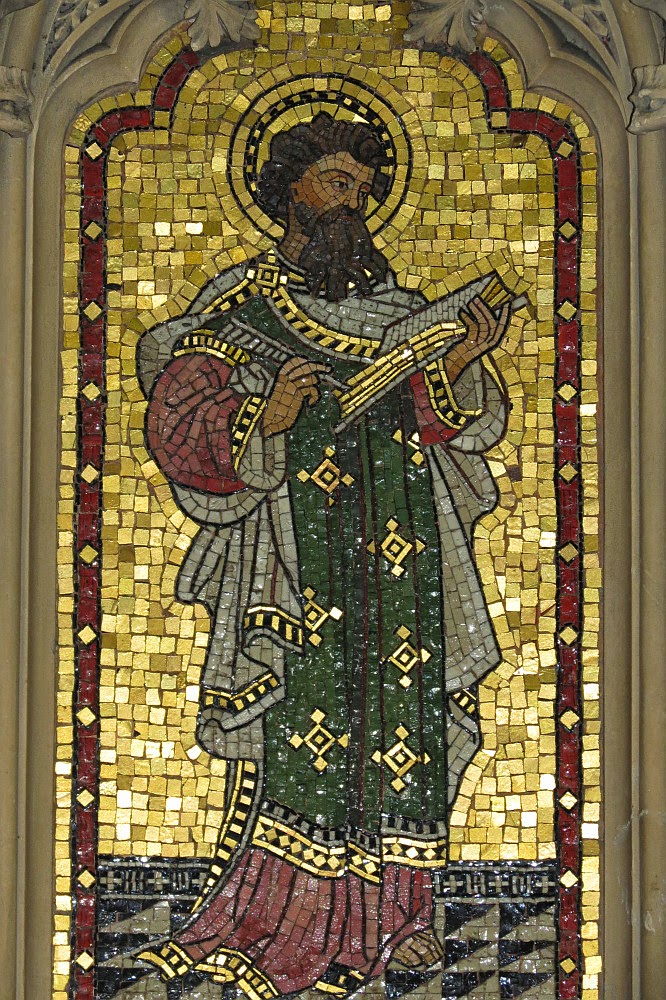 Salviati decorated the six-story, Italianate hotel, which opened in Trafalgar Square in 1880 with mosaic work. 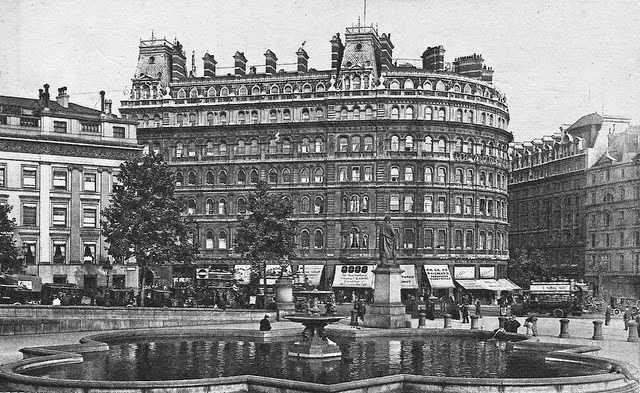 The original building was taken over by the British government in World War I to house military officers.  By 1972, not only had the stone facade weathered, but the whole building was damaged by the new Jubilee subway line. It was demolished in 1986 and replaced with the similarly styled Grand Buildings (housing the current Grand Hotel) designed by Sidell Gibson Partnership. 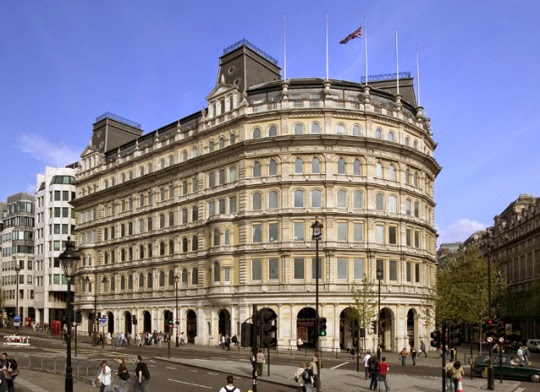 The Italian Renaissance-style memorial to Richard Grosvenor, 2nd Marquess of Westminster stands at the junction of Pimlico Road and Avery Farm Row in London. Grosvenor was a politician and developer who - before his death in 1869 - was an early patron of Chester architect John Douglas. 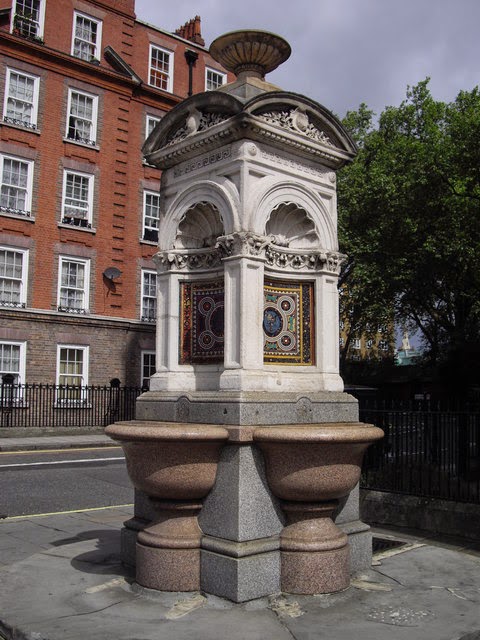 Erected around 1870, the four faces of the Portland stone and granite drinking fountain are covered by enamel mosaics by Salviati. 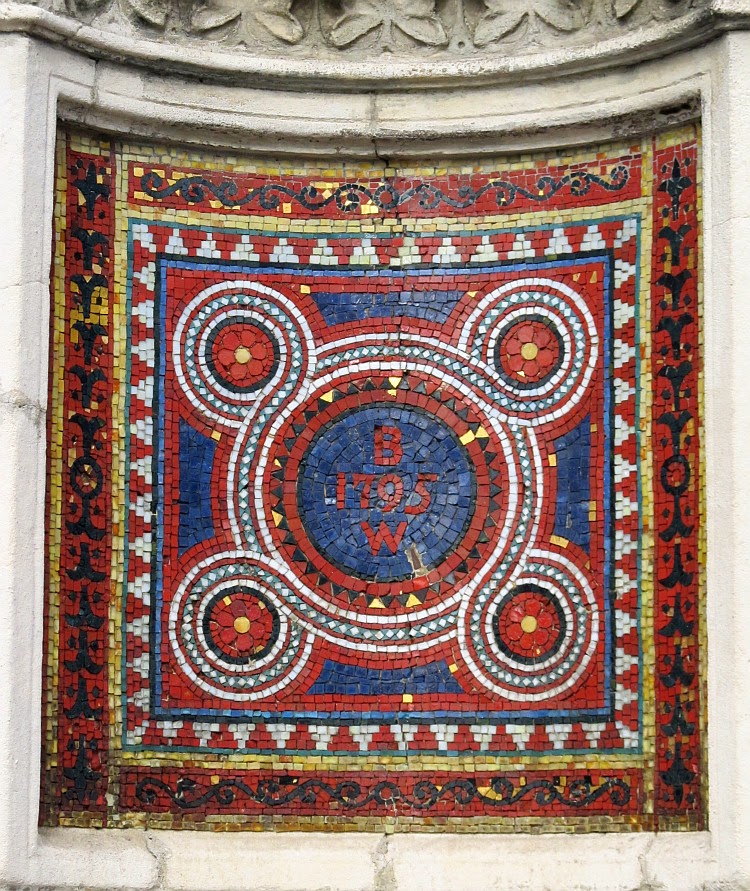 Salviati also made the mosaic reredos for the Douglas designed St. John's Church in Aldford, tying it back to Grosvenor through that additional connection.