Friedrich Wilhelm von Krause was a Berlin wine merchant, banker, and industrialist who died in 1877. His family tomb (for Wilhelm and his wife Flora) was designed by Friedrich Hitzig, who previously designed both Krause's palace on Leipziger Platz and the Berlin Stock Exchange. 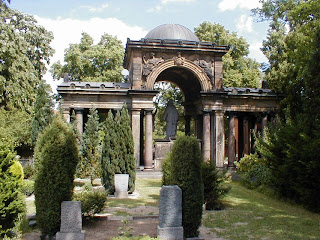 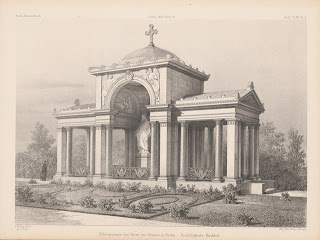 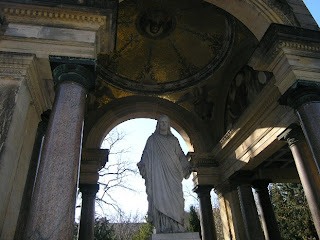 The mosaics, designed by Karl Gottfried Pfannschmidt and Anton von Werner, were executed by Salviati and cover 500 square feet. Von Werner previously designed the monumental mosaics on the rotunda of the Berlin Victory Column. 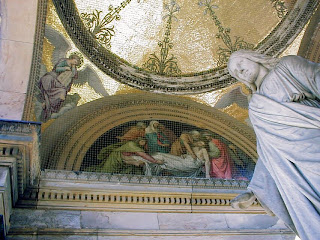 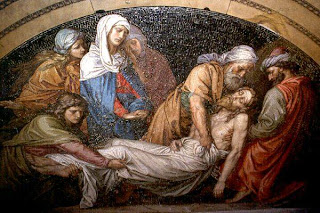 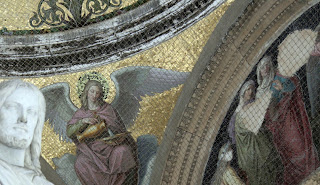 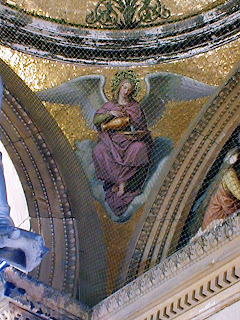 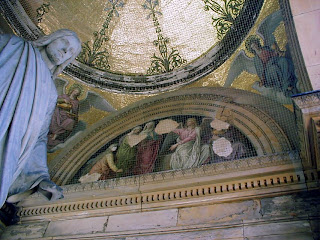