Located on the corner of 85-87 Hohe Strasse and Bruckenstrasse, this magnificent building contained the Cologne headquarters of metalworkers J.P. Kayser & Sohn. Built 1884-86, it was actually designed by Heinrich Joseph Kayser (of Kayser and Grossheim), the younger brother of tinsmith Engelbert Kayser. 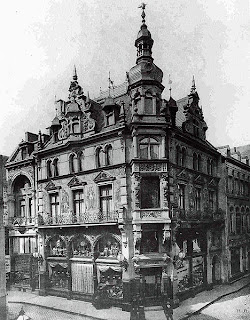 Salviati decorated the facade with mosaics of four periods, infants, and ornaments after cartoons by Otto Lessing. 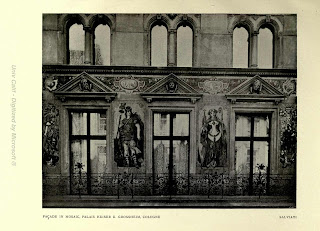 Much of Cologne was destroyed in World War II, including the Kayser building which was hit in 1943, but the area has since been rebuilt. Containing many shops and leading to Cologne Cathedral, it is now a popular pedestrian area. 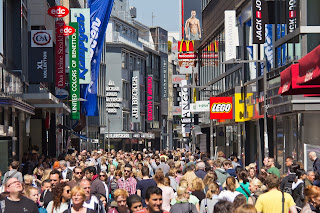