William Butterfield designed the current chapel for Bishop Tait in 1866-67. 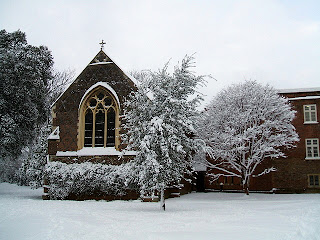 The Salviati mosaic reredos depicting the "Nativity" or "Adoration of the Magi" - also designed by Butterfield with cartoons by Alexander Gibbs - was moved to the west wall after reorganization of the chapel following bomb damage in World War II. 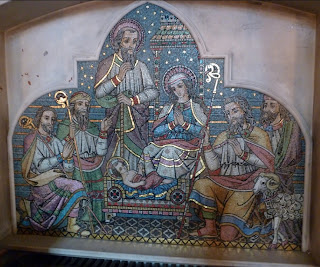 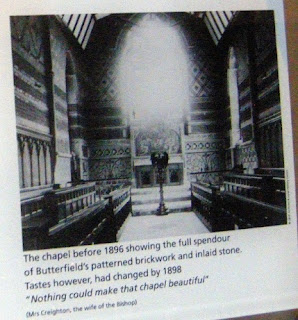 The chancel wall with the Salviati reredos before 1896. 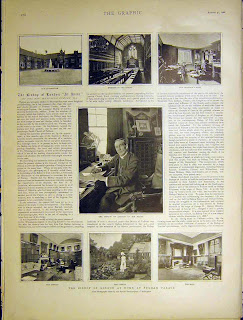 A 1901 edition of "The Graphic" shows some pictures of Fulham Palace, including the Chapel in the top center. 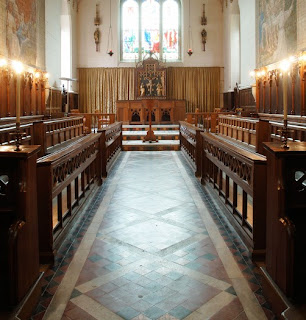