French architect Charles Garnier not only designed the Chiesa dell'Immacolata Concezione o di Terrasanta in 1879, but also several other buildings in this Riviera town including his own villa. Construction of the church took place 1883-98. 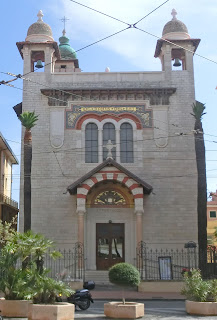 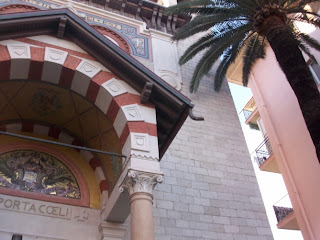 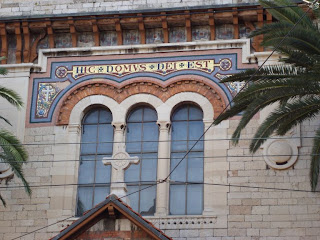 Salviati made 12 mosaic panels in an ornate Greek style from Garnier's designs. 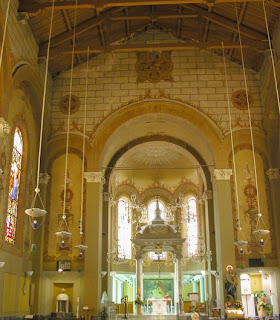 Eight of the twelve panels are visible in this archival photo. 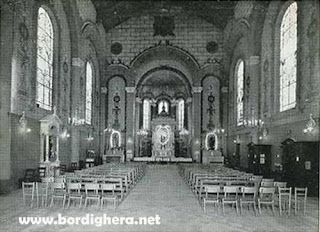 The mosaics may have been financed by Raphael Bischoffsheim, a Parisian banker whose villa in Bordighera was also designed by Garnier.