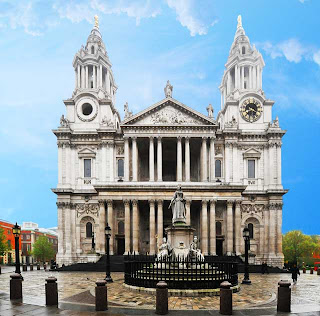 View of the Cathedral's west entrance

Consecrated in 1699 and known until 1905 as the Morning Chapel, St. Dunstan's Chapel is found to the left when entering the Cathedral's west entrance. 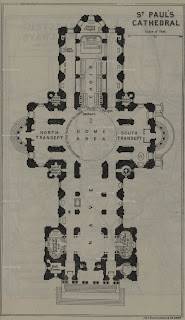 In the 1870s, C.F. Penrose made significant alterations to the interior of the church, including removing stalls from the east side of the chapel in order to create its sanctuary. 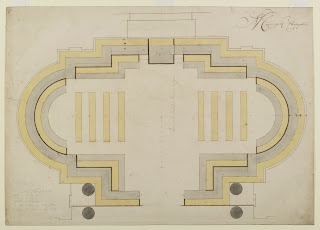 The original chapel layout. The pews on the right (east) were removed by Penrose to create a sanctuary in the apse. The mosaic above the new altar is an imitation of a fresco by Raphael. 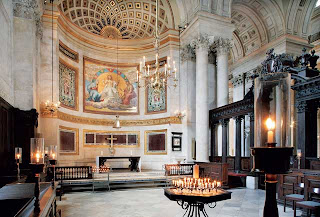 This undated 360' panoramic photograph shows the rear of the chapel decorated by a mosaic featuring the Three Marys at the Sepulchre (sic) [or alternately Risen Savior] by Salviati, which was added in 1874. It was made in memory of William Hale, a former Archdeacon who died in 1870.

Photography is prohibited inside St. Paul's and therefore the current status of the Salviati mosaic is unknown. A tiny bit of the sanctuary mosaic is visible to the left at the bottom, behind the carved wooden screen from a photograph taken in 2013. 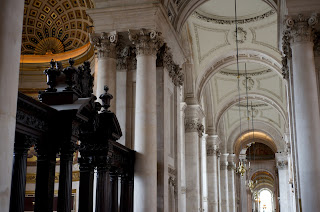