Built 1841-42 by architect John Hayward, this church was later enlarged in 1873-75 by Hayward at the expense of William Gibbs of Tyntesfield. 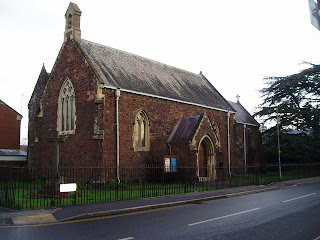 However, the church's planned tower was never built. 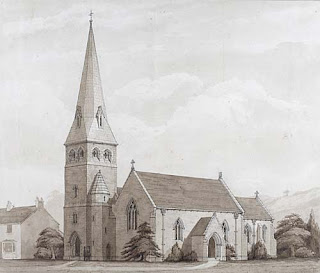 The original 1841 reredos by Simon Rowe was embellished in 1875 with Salviati mosaics of the Ascension of Christ flanked by two apostles on each side. Incidentally, the chapel at Gibbs' estate built at the same time was also decorated with Salviati mosaics and he may have suggested their use in Exwick. 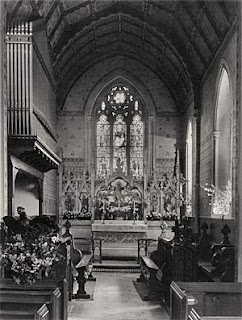 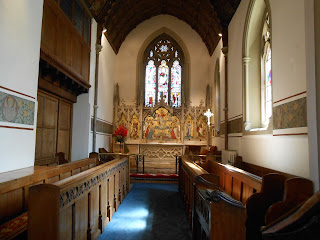 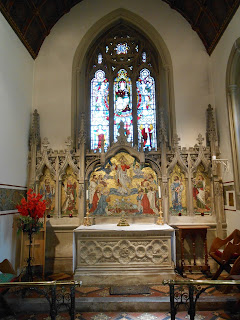 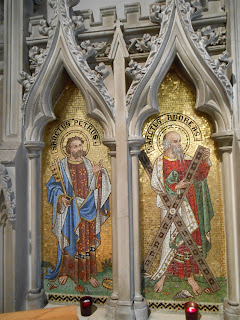 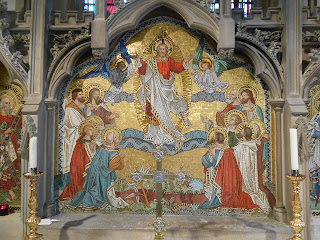 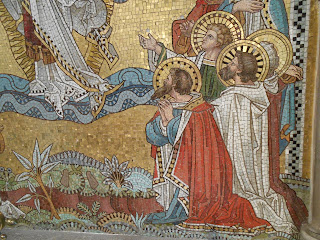 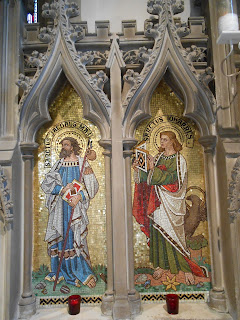