This church probably dates its origins back to the 13th century. It was significantly remodeled in 1871-72 by architect J.P. St. Aubyn. 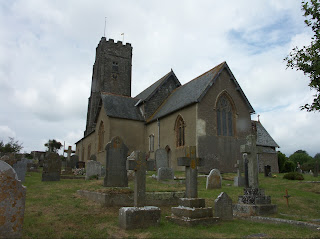 St. Aubyn also restored the roof and reseated the nave. 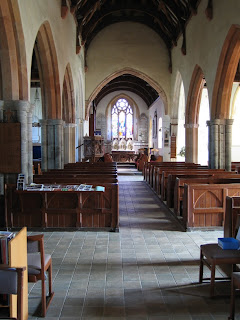 Salviati made the mosaic reredos, which depict alpha and omega with a cross in the middle, surrounded by the firm's exquisite floral motifs on a golden background. The mosaics are set in a marble surround of three arched sections. 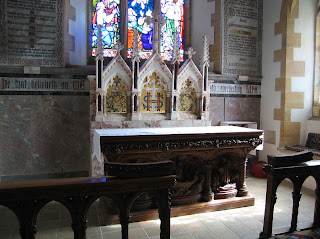